In mid-2021, the team at Yves Saint Laurent had taken note of the Sunrise from a Small Window painting series, and they approached Sho and Placeholder with an open-ended proposal for a collaboration.

With such a permissive brief, we began with research, to discover something that could drive a larger concept. We discovered that root in the first Rive Gauche store, which Yves Saint Laurent opened in 1966 as the first ready-to-wear store by a major couturier. It precipitated a lasting shift in fashion worldwide, and we latched on to celebrating that contribution to culture. Sho came across the logo: a two-by-two grid that reminded him of the windows he had been painting through, rendered in bold, optimistic colors.

We proposed a unique artwork that would weave a thread between the sunrise paintings, the New York Times covers and the headlines that punctuate the sunrises on big days, and the historical significance of the original Rive Gauche store. We created a diptych: one one side, an authentic reprint of the front page of the New York Times from the day Rive Gauche opened, and on the other, the front page from the day of the 55th anniversary. The colors would be drawn from that original logo, with a more geometric design on the historical print and a blended gradient on the modern side, representing the visionary direction of Saint Laurent under the leadership of creative director Anthony Vaccarello.

The exhibit took shape as an experiential gallery during Art Basel Miami, on the beach, open to the public, with the one-of-one painting as the centerpiece, accompanied by 55 additional sunrise paintings — giving the show its name: 55 Sunrises — curated by Anthony. The red and magenta gradient became the signature for the entire exhibit and campaign, linking the beachfront sunrise to the Saint Laurent brand. And the architecture of the gallery itself, with an open breezeway that framed the real sunrise as if it were a painting each morning, was the final touch to articulate the concept. 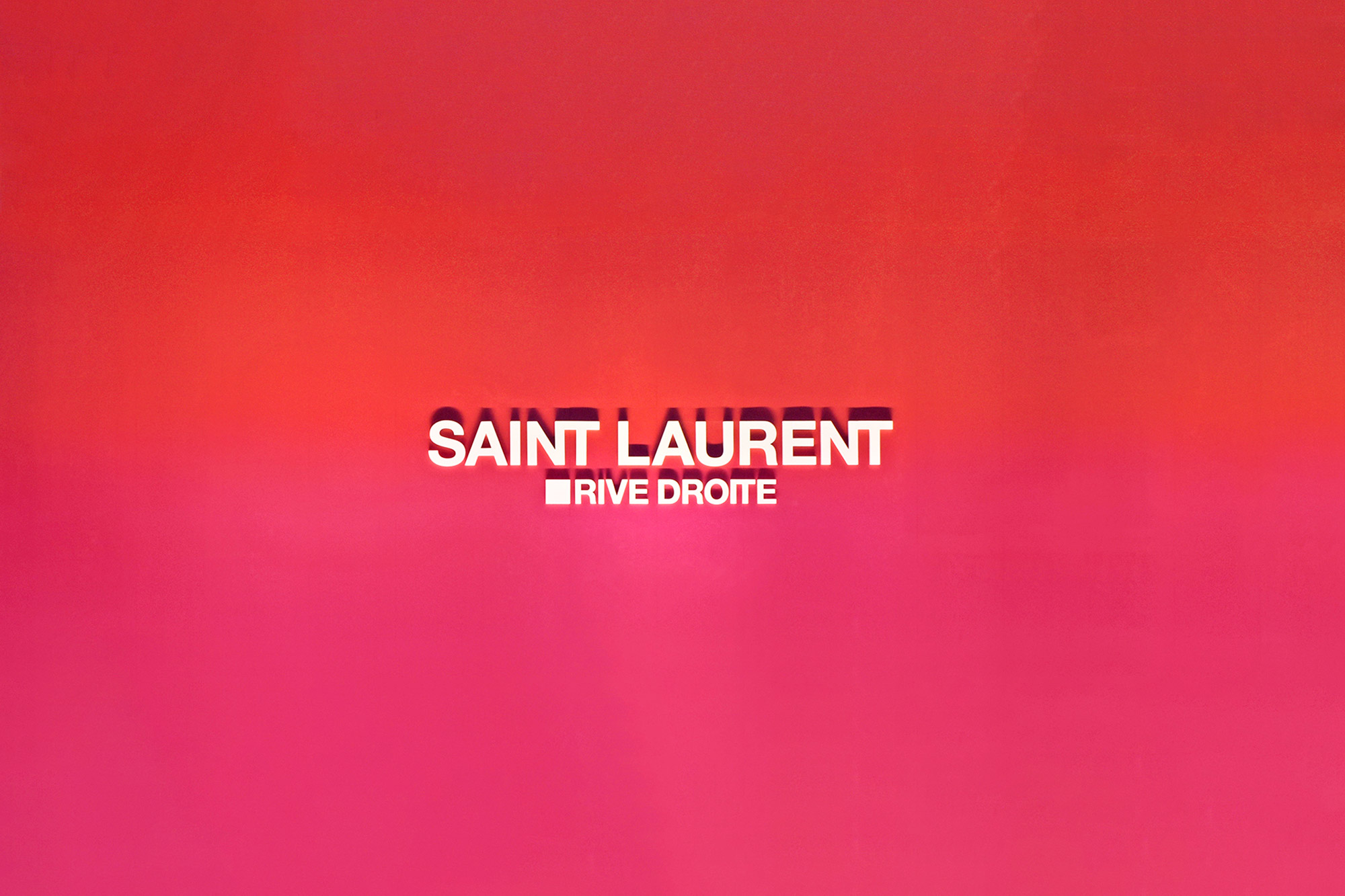 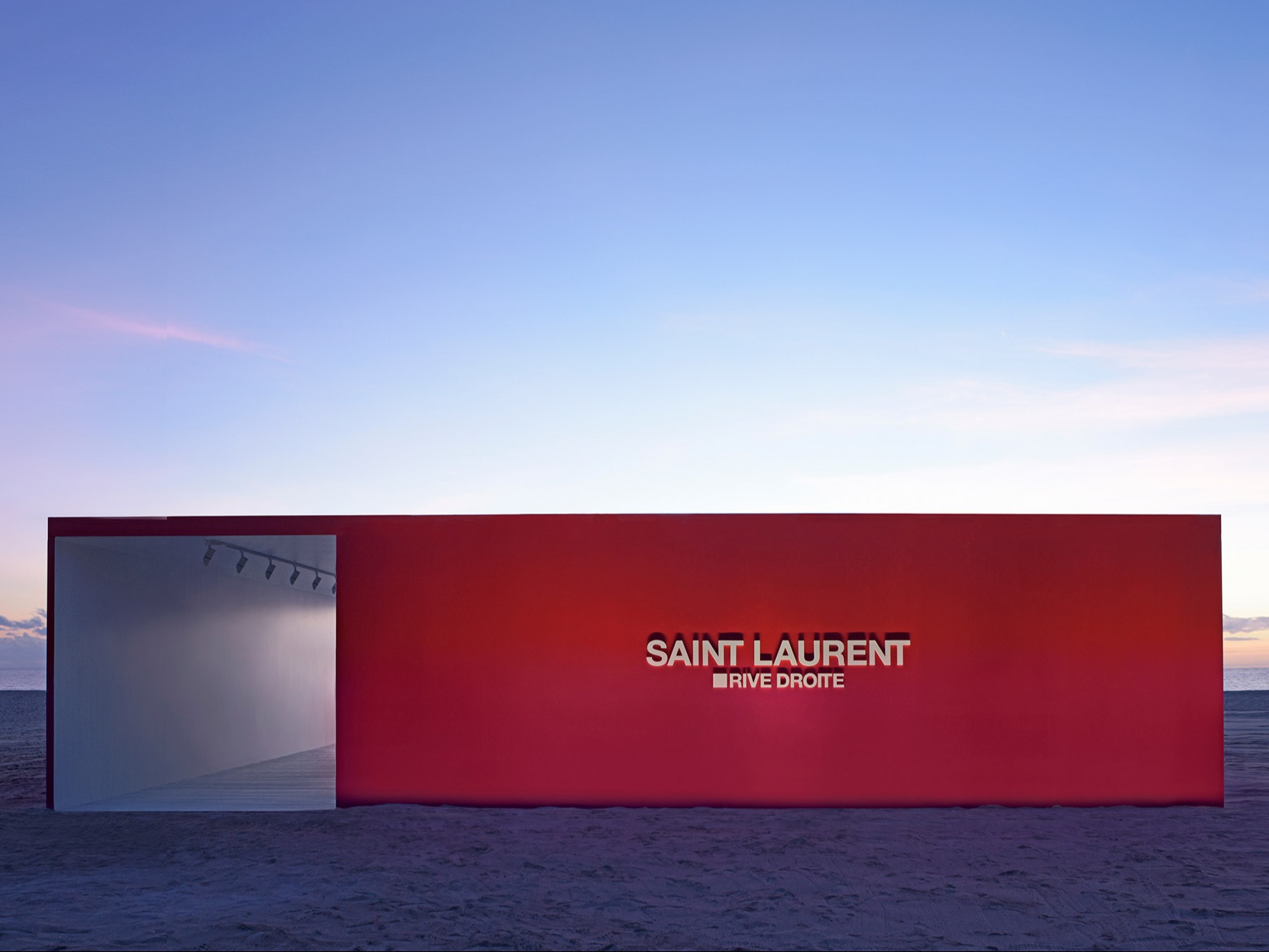 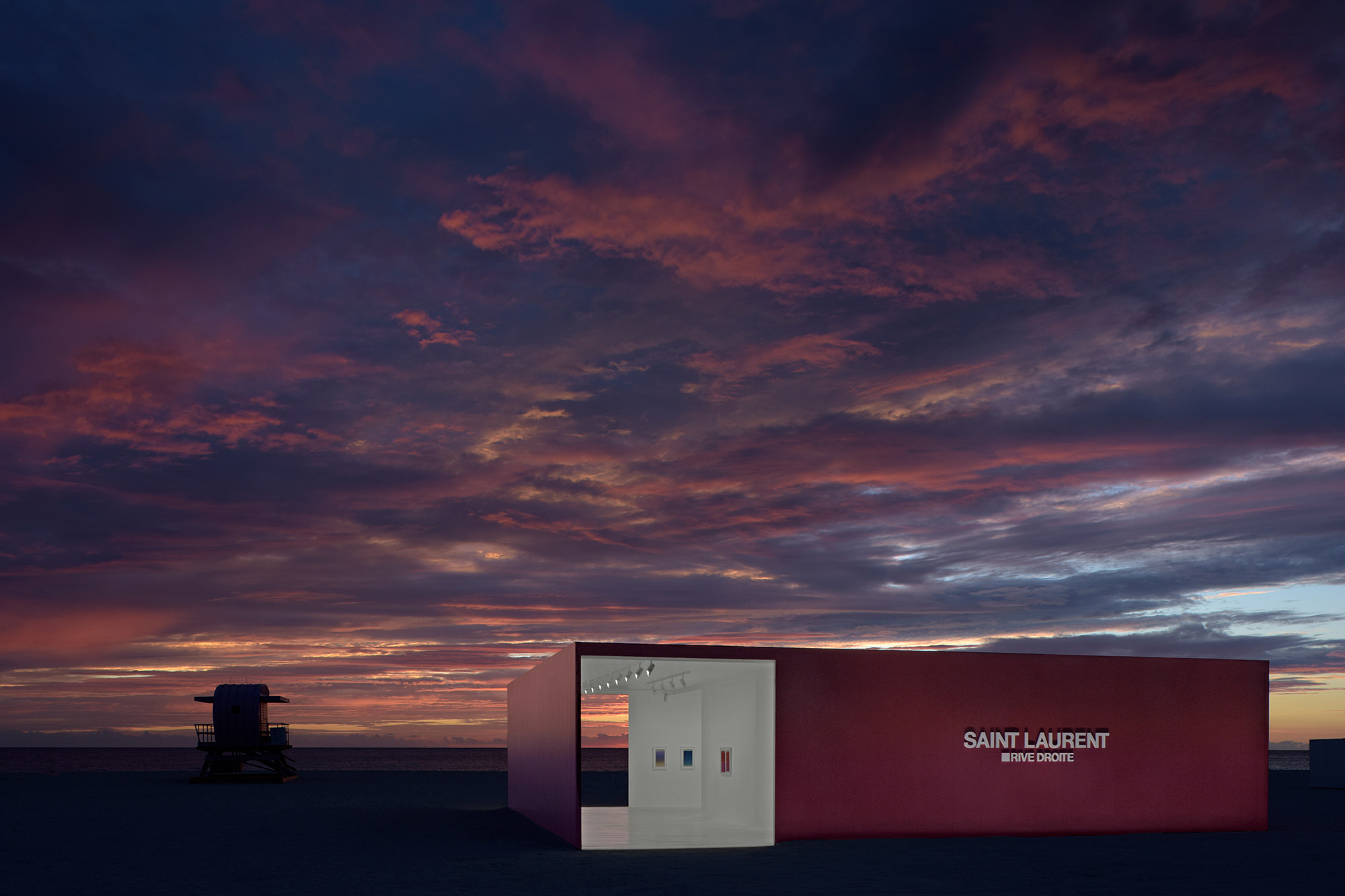 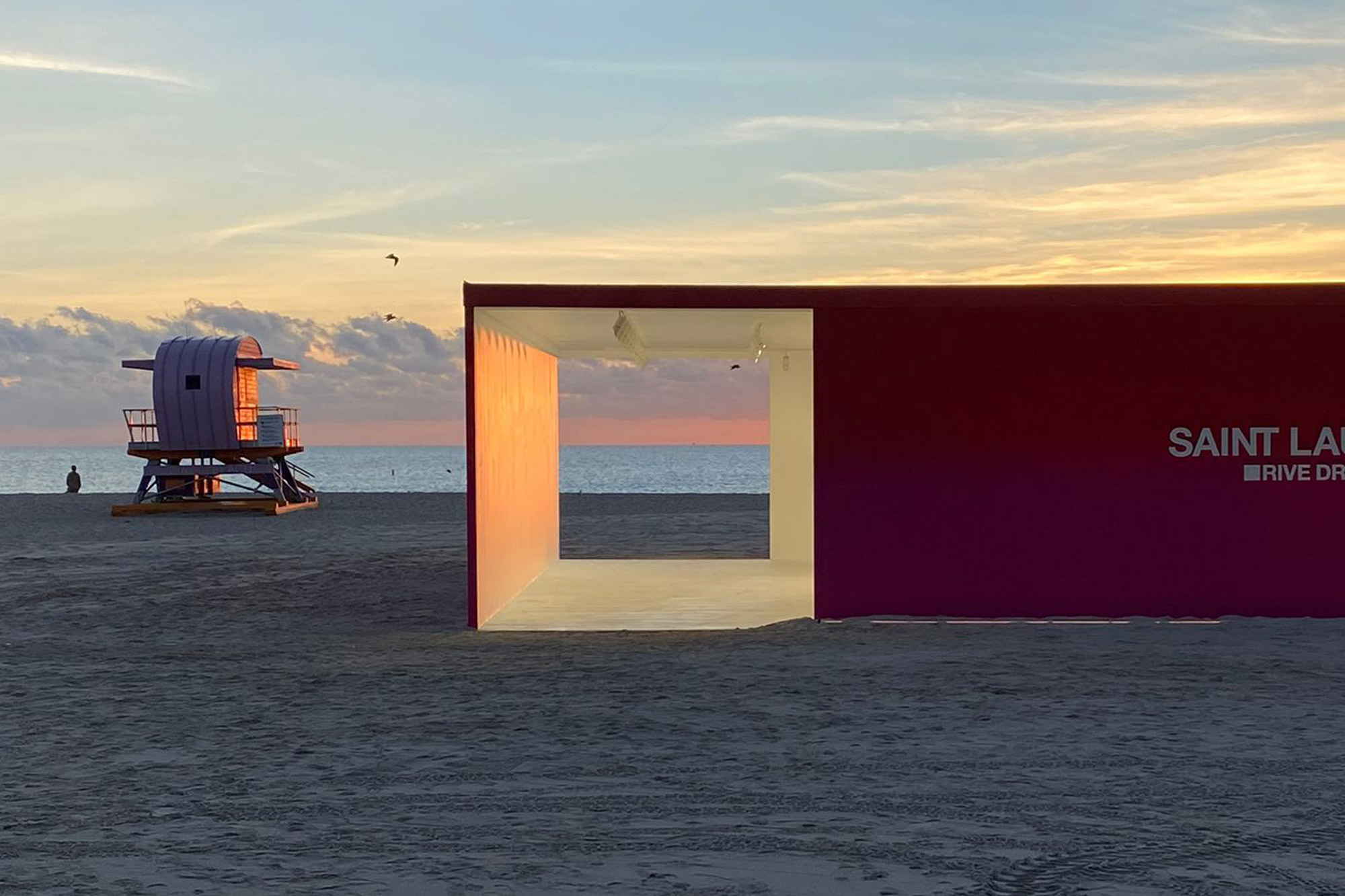 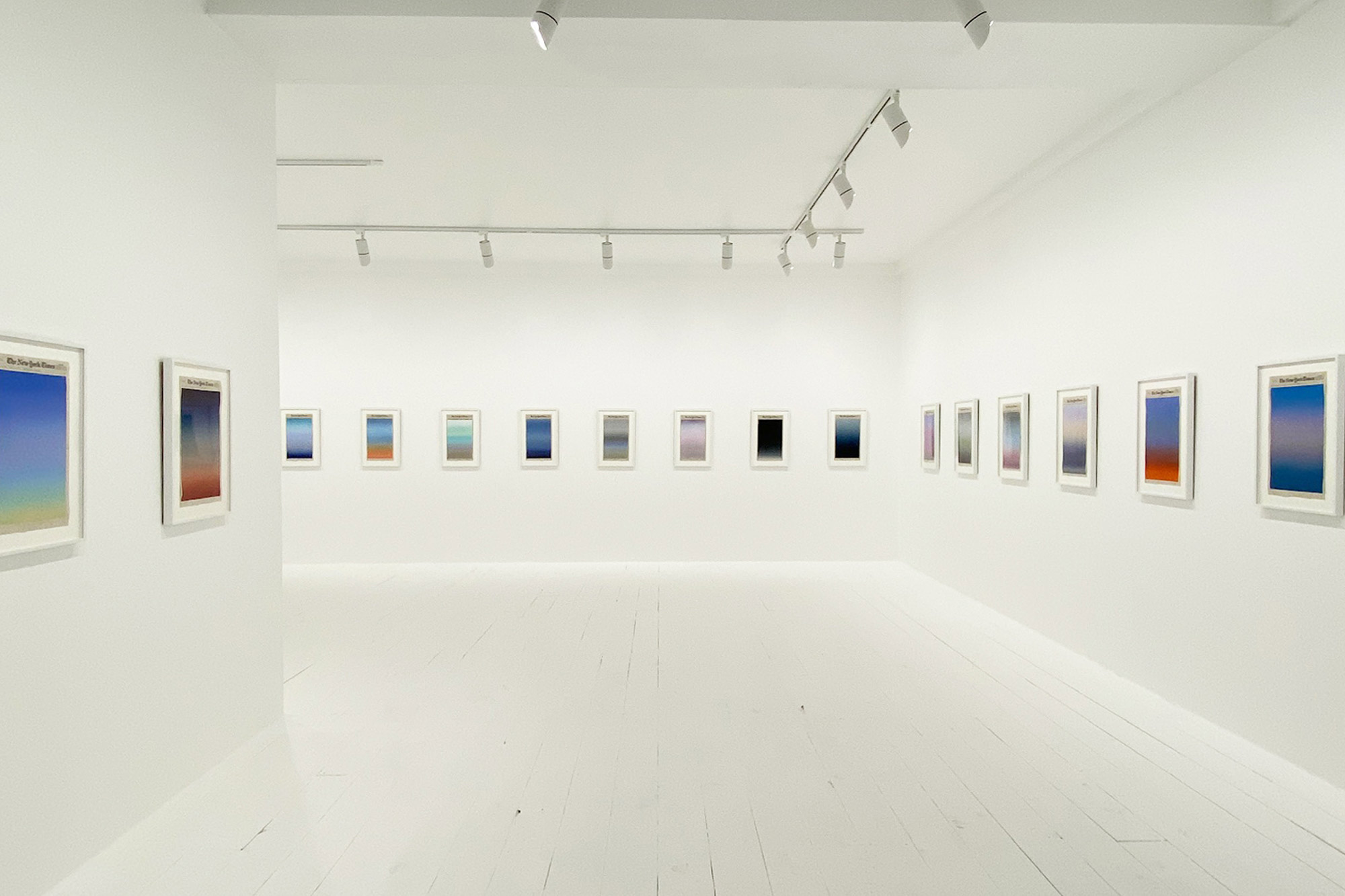 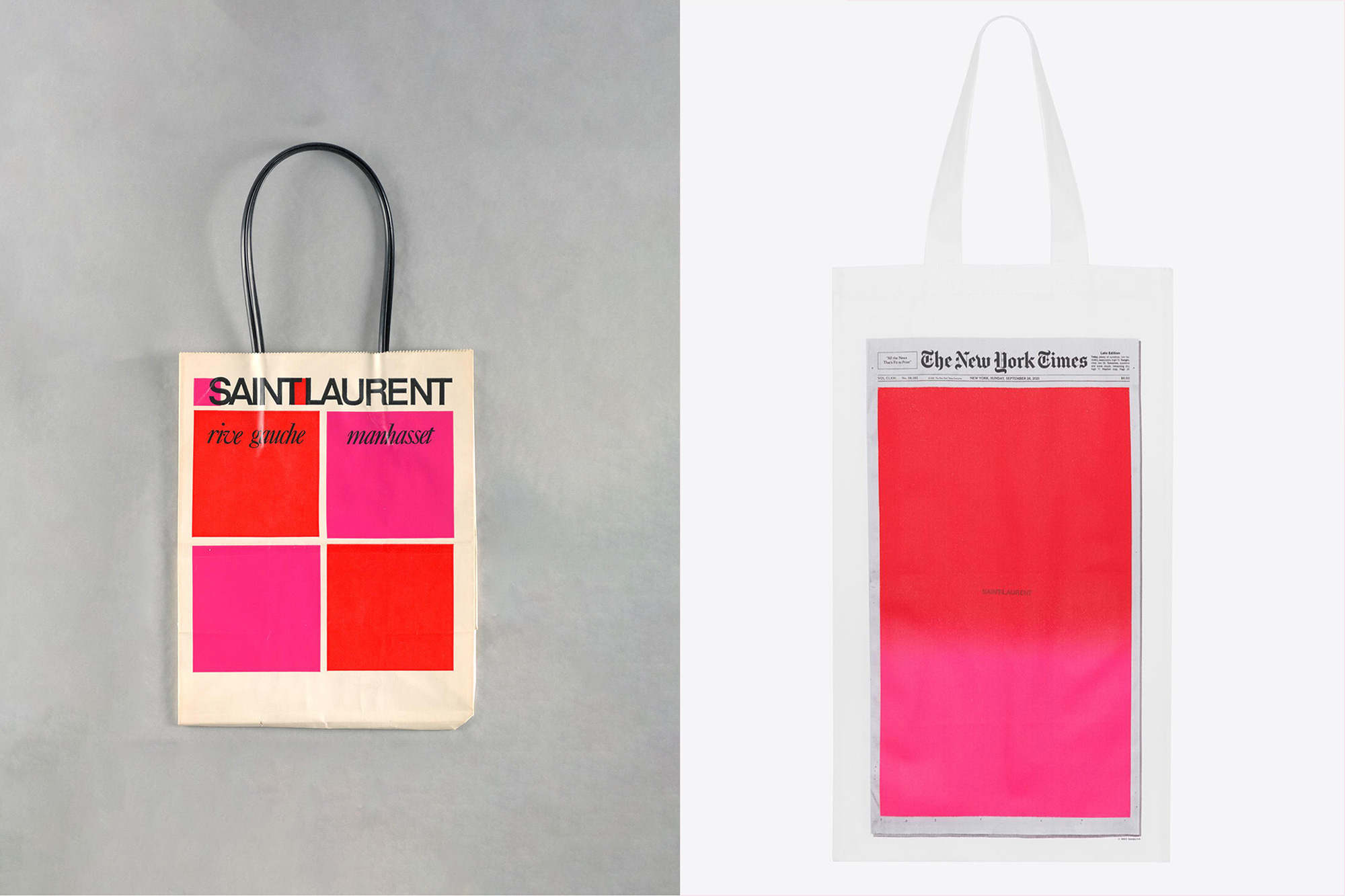 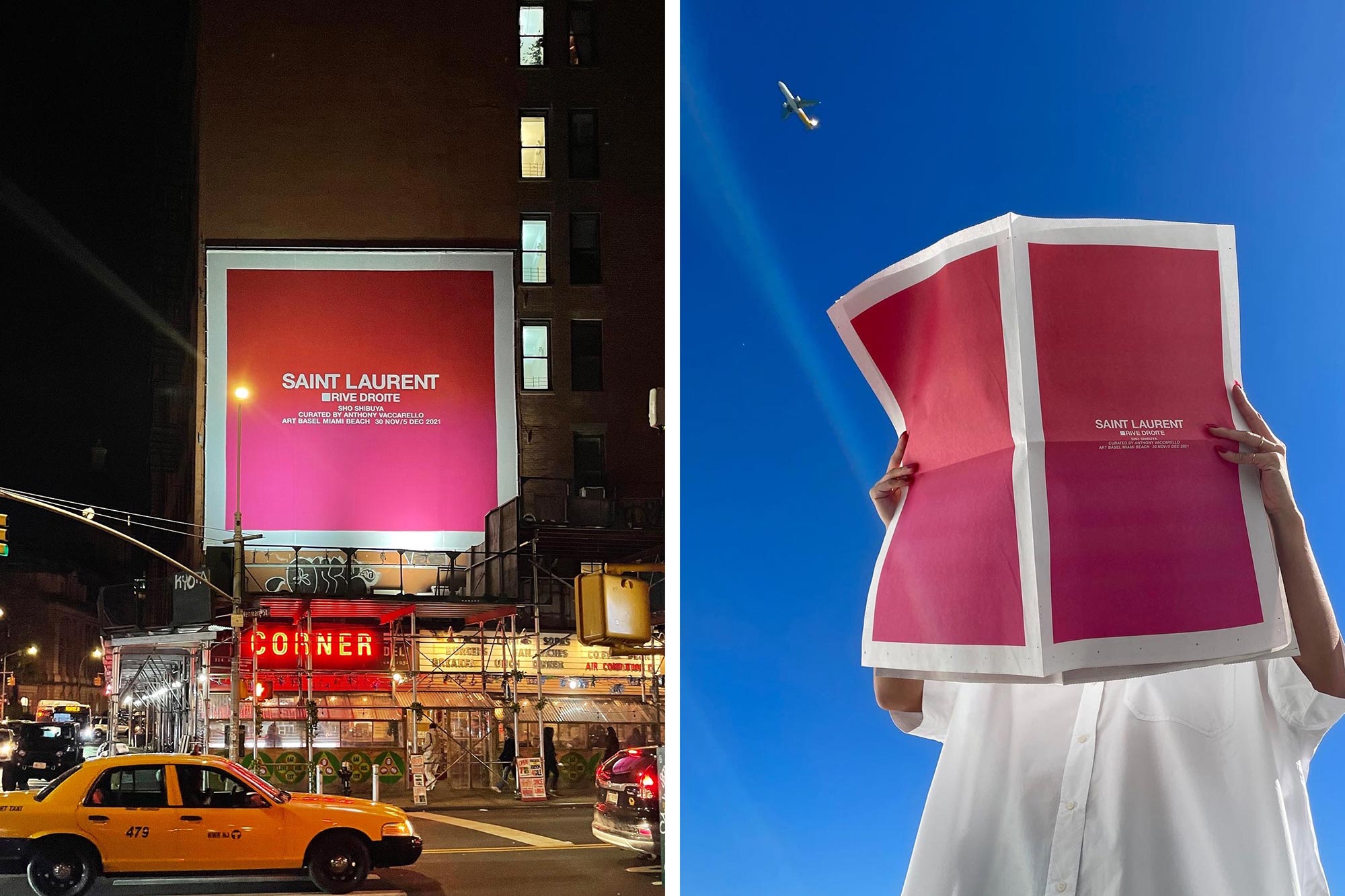 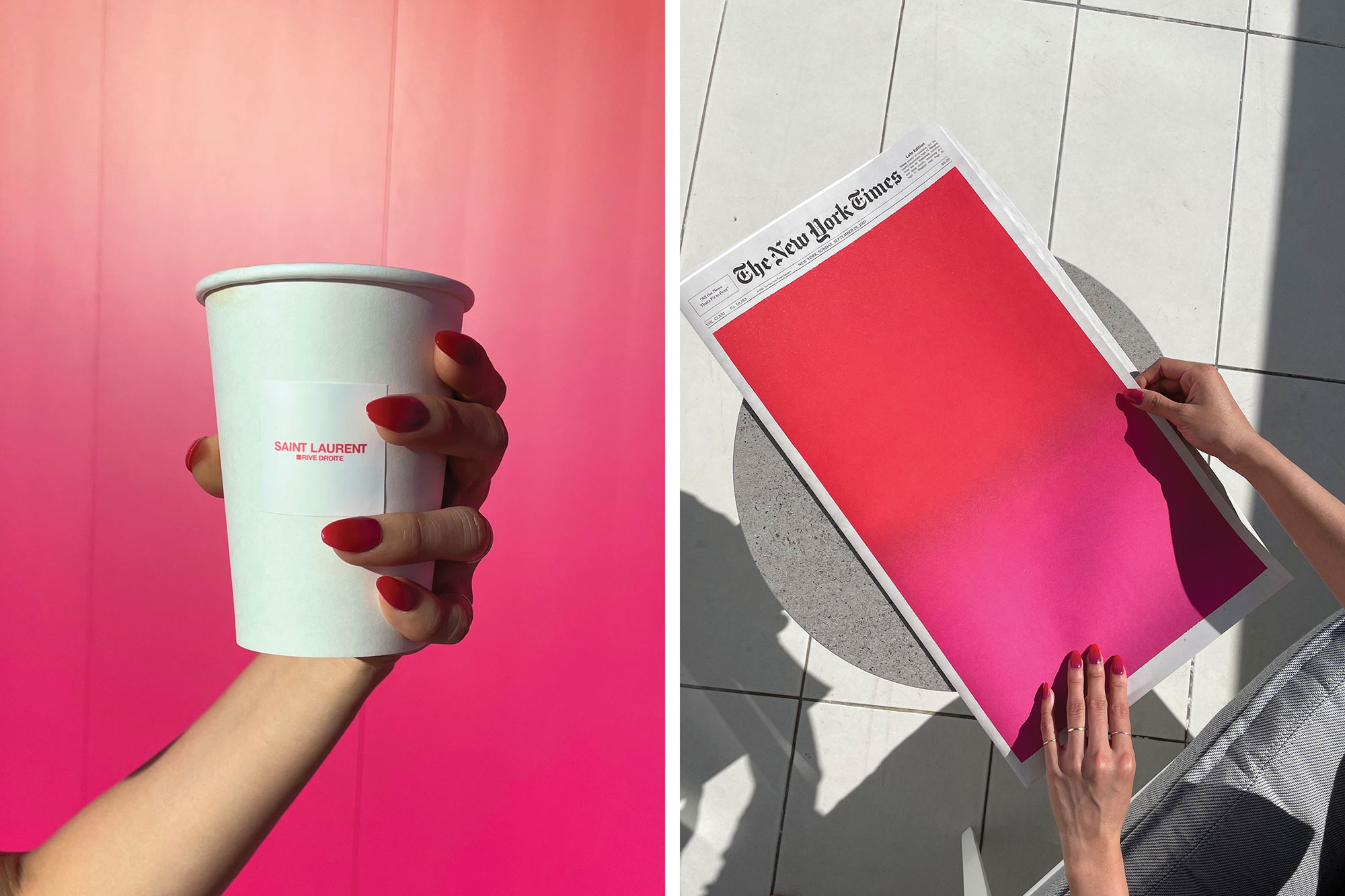 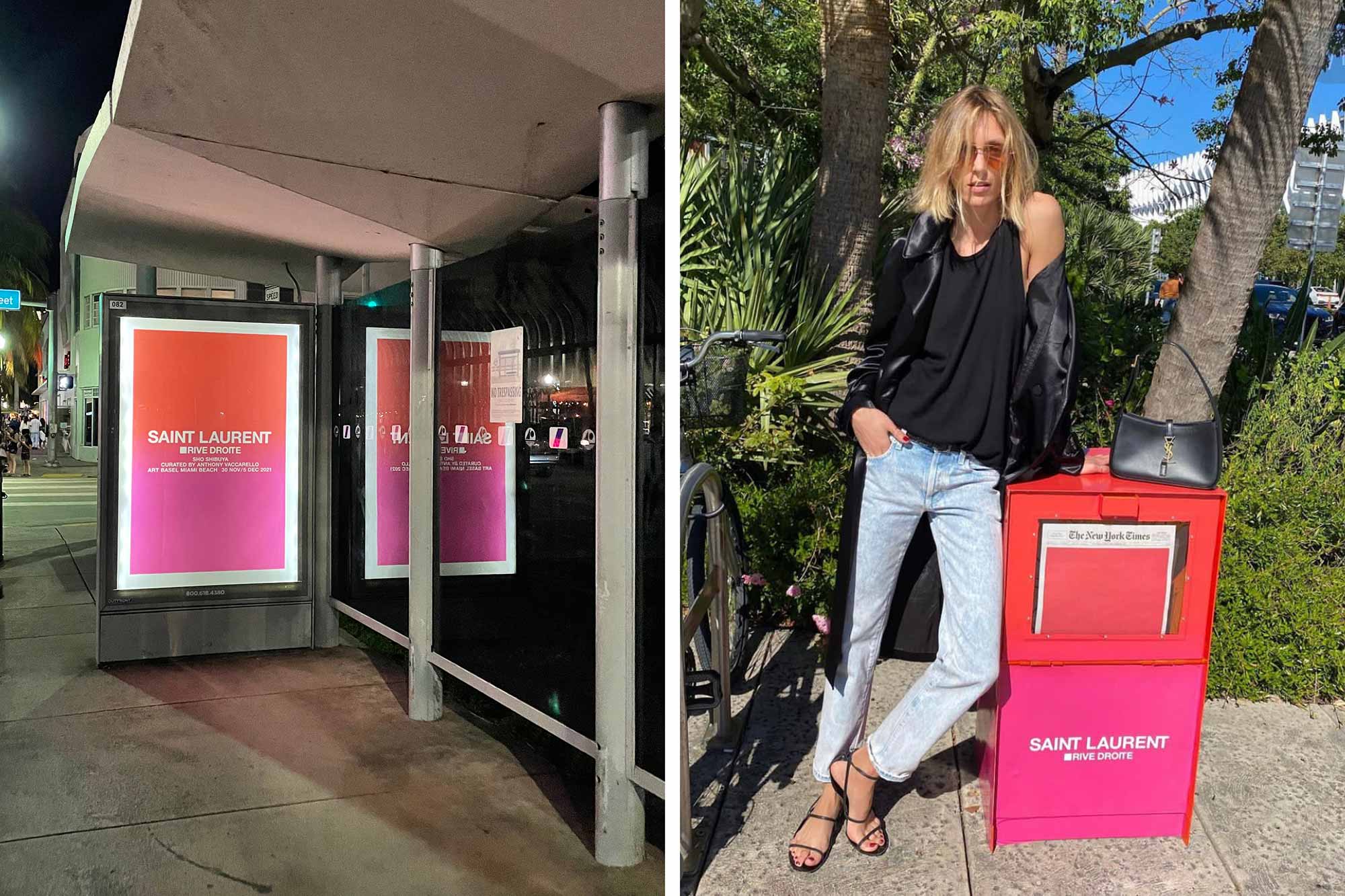 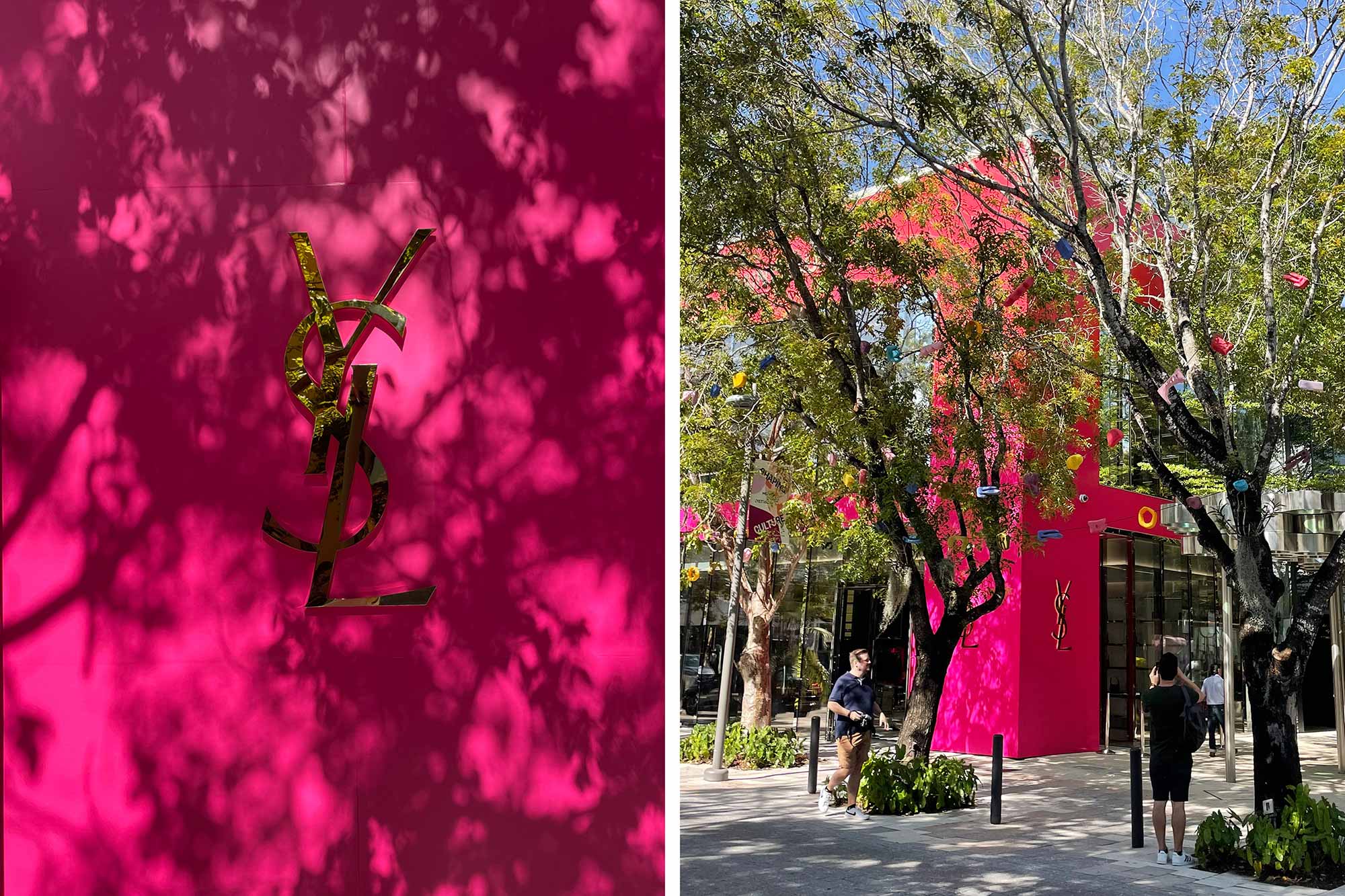 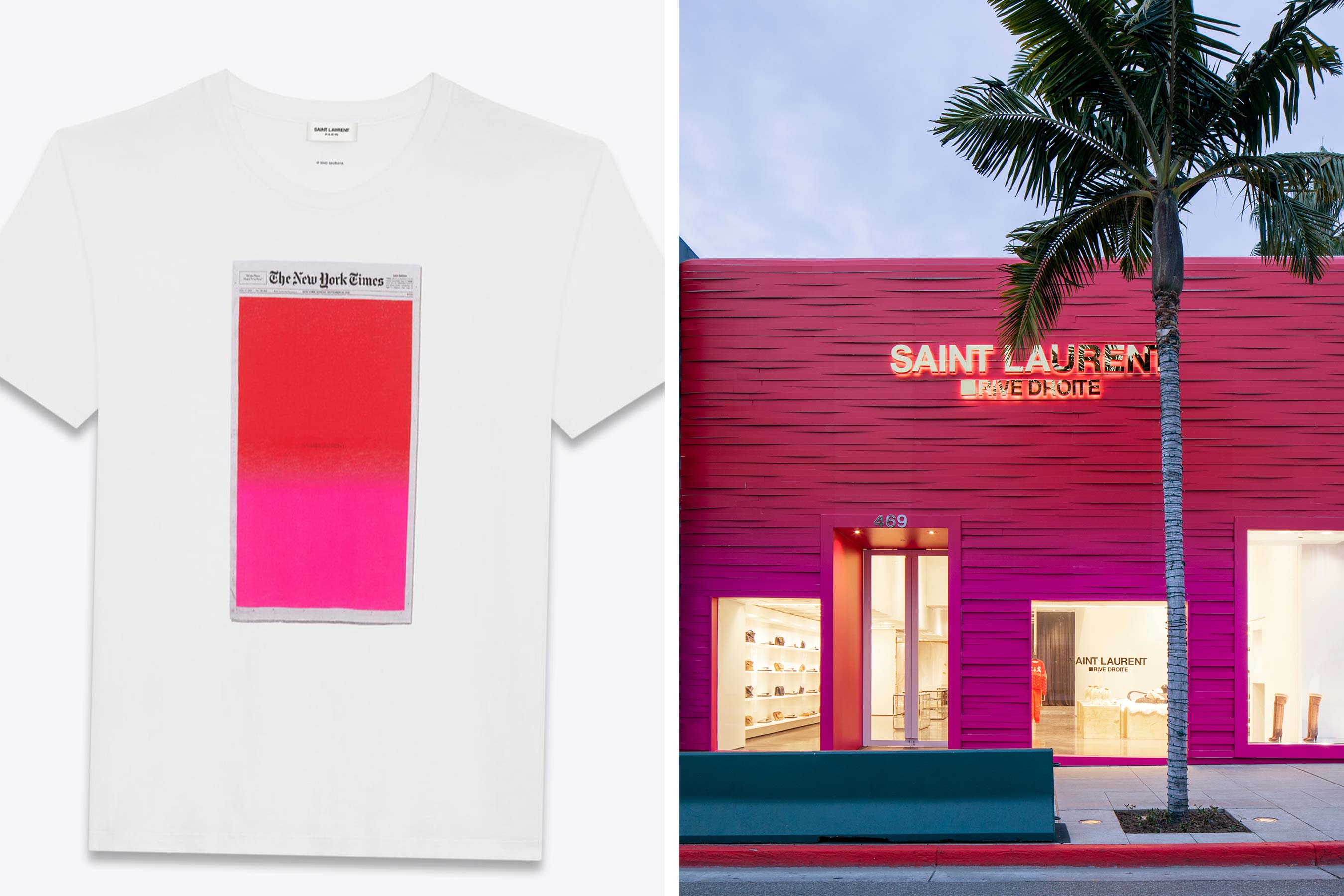 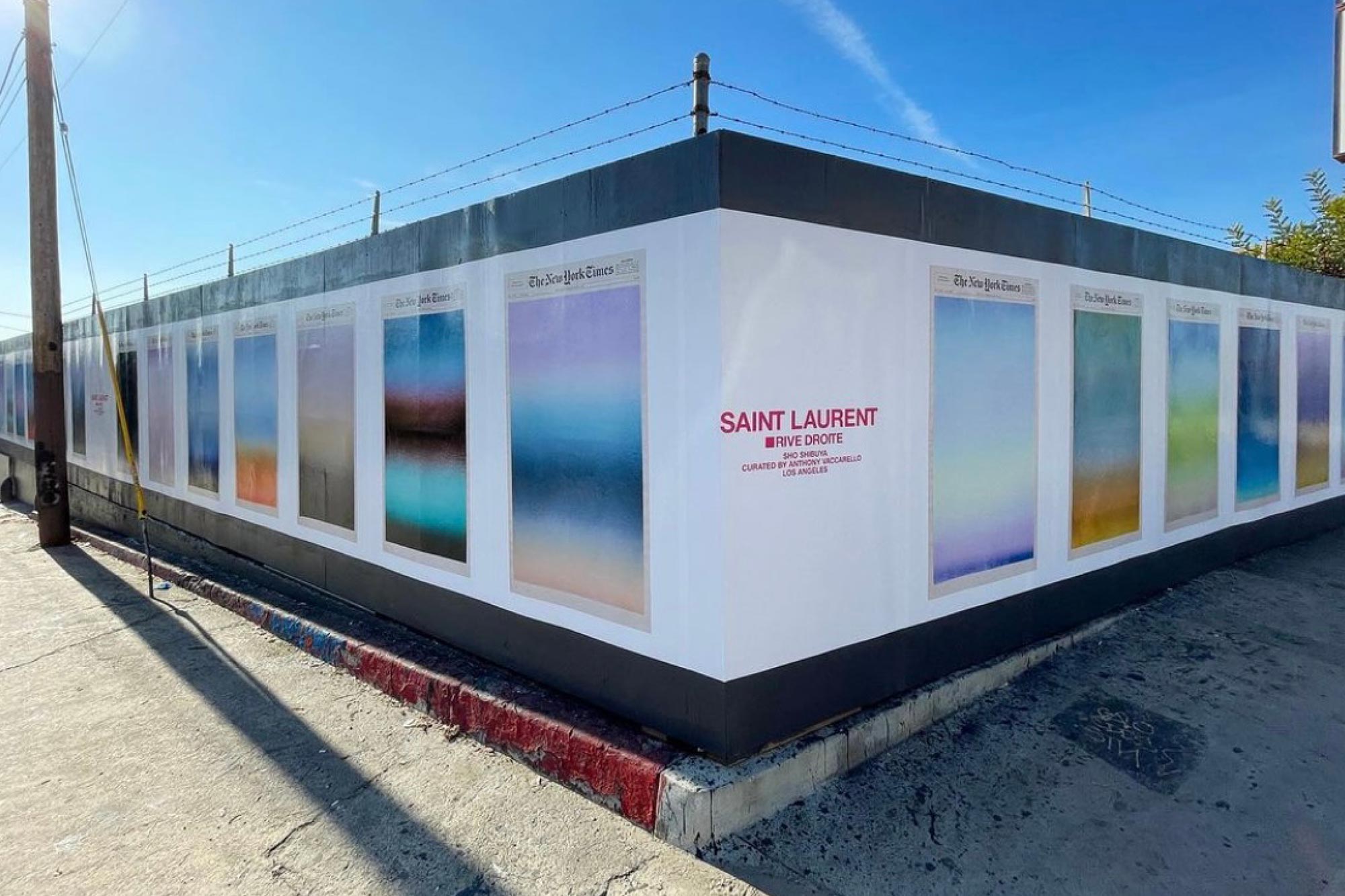 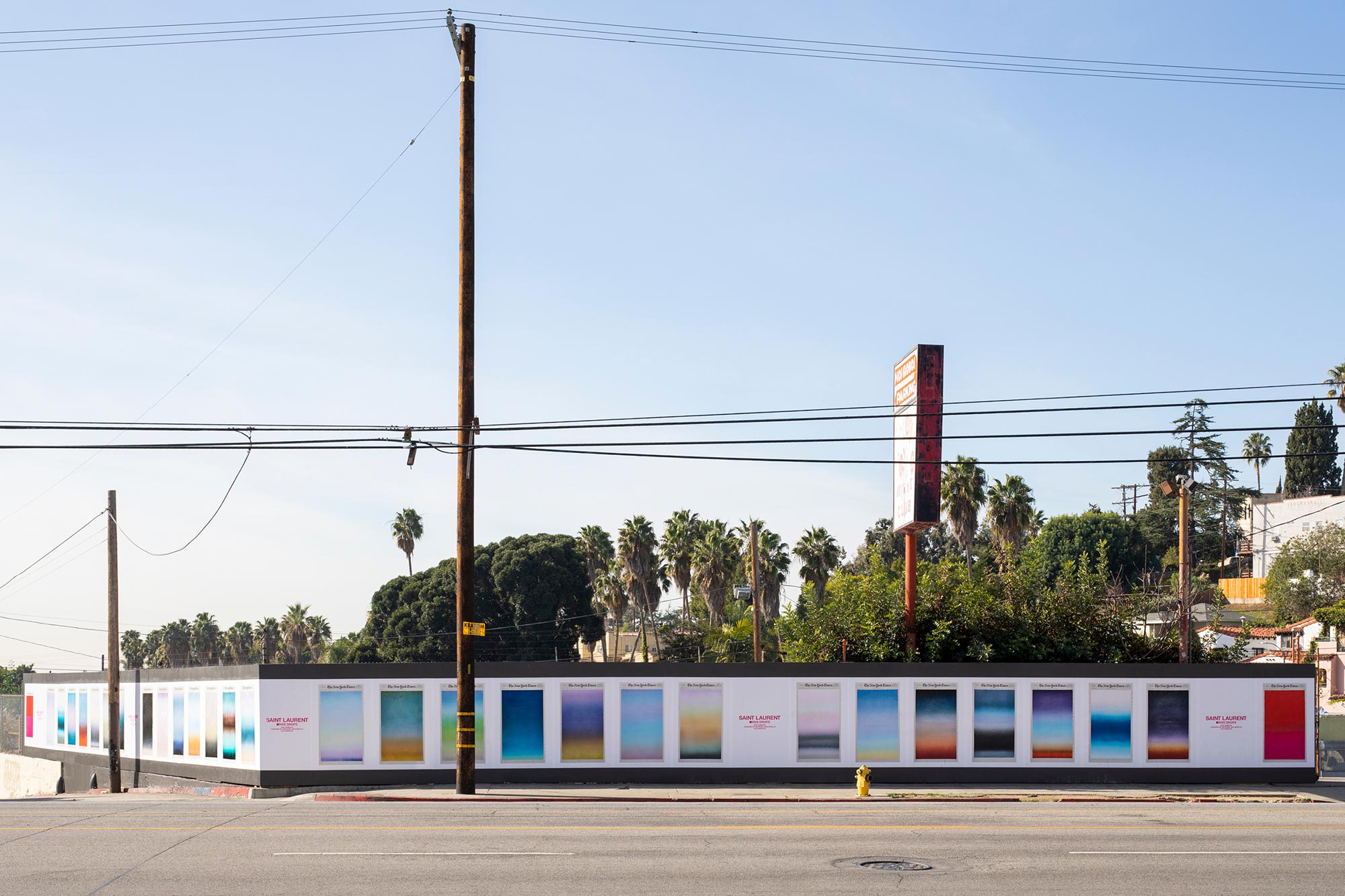 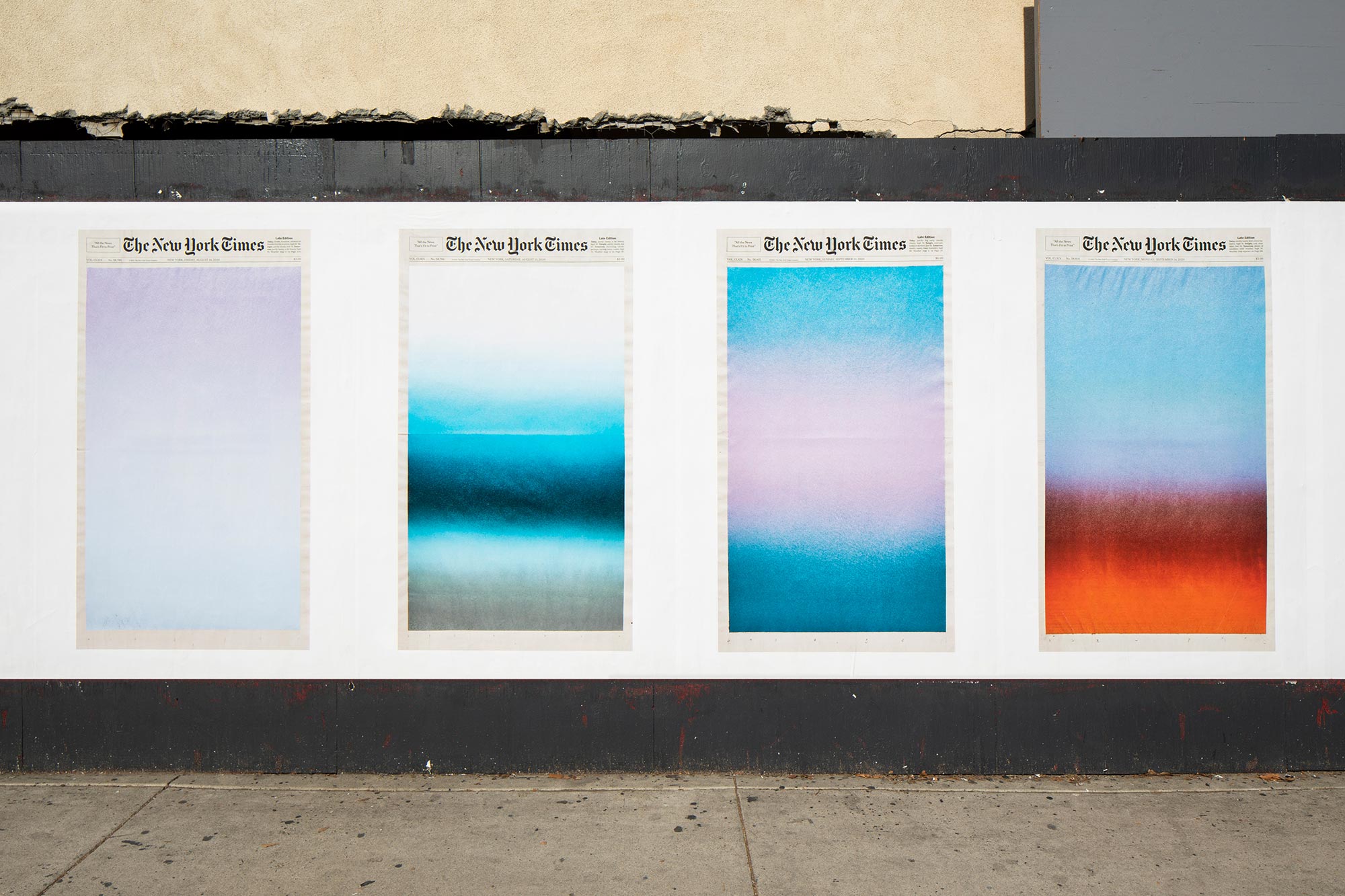